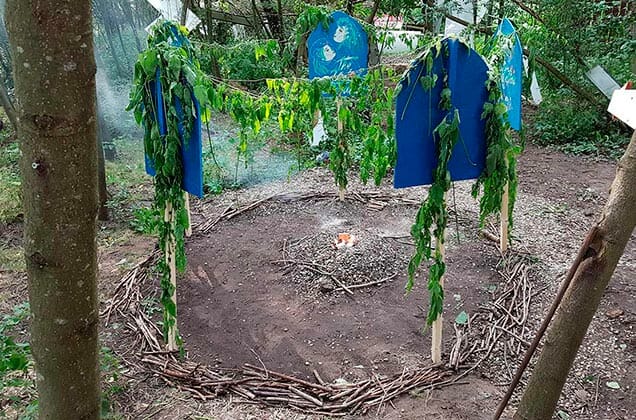 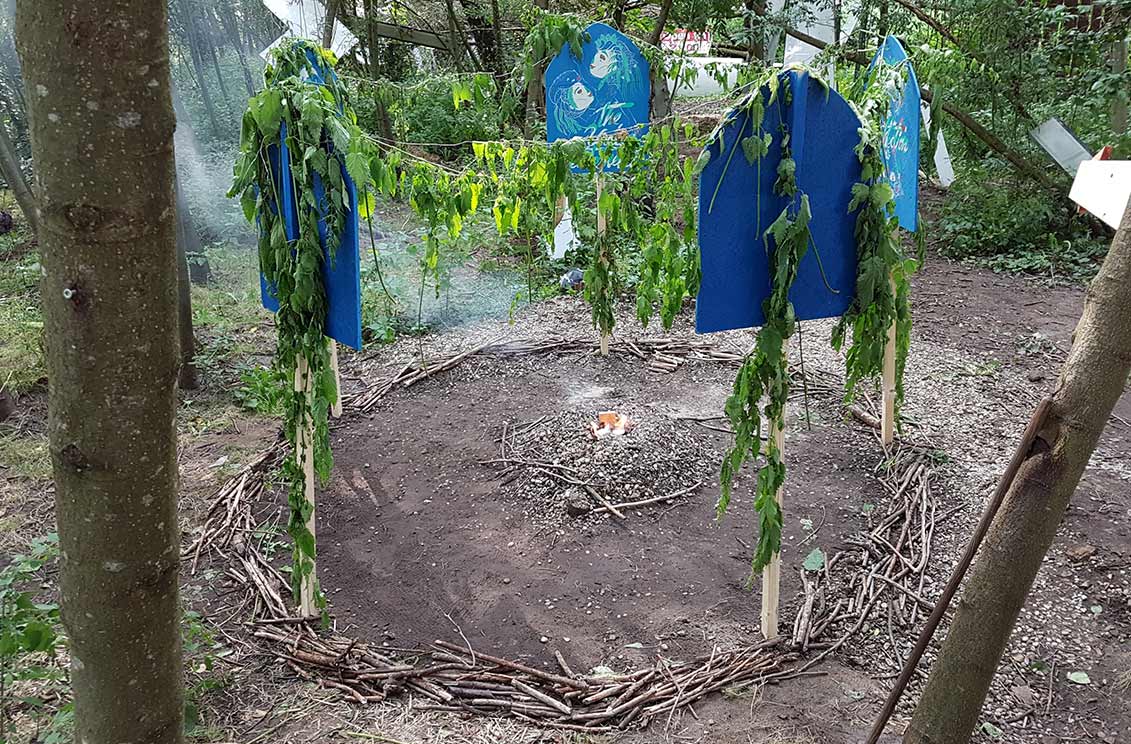 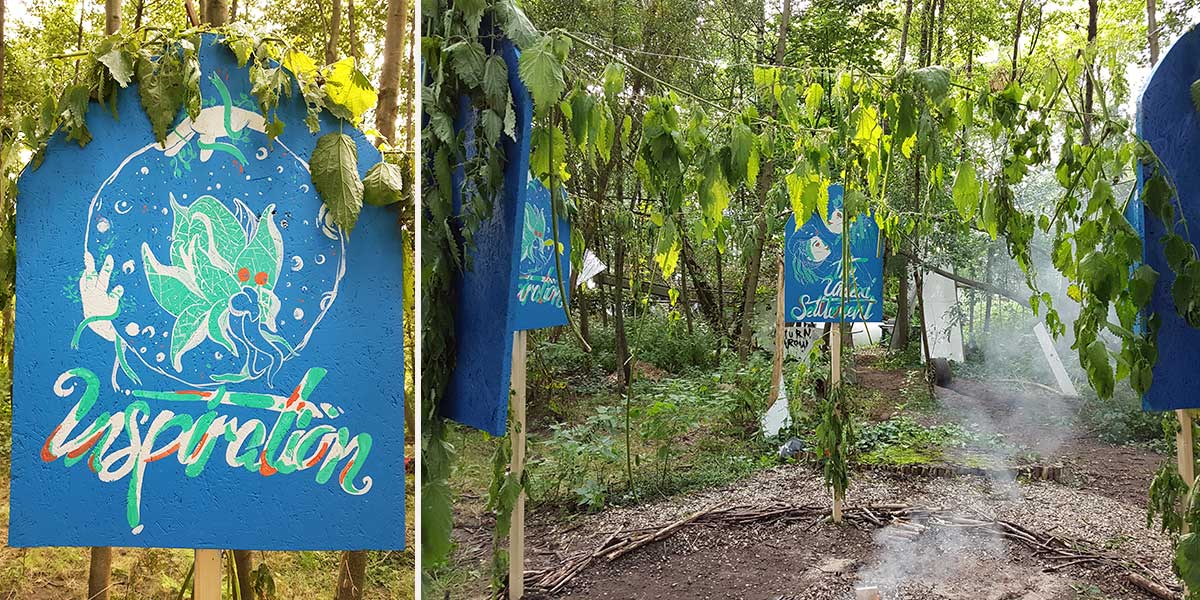 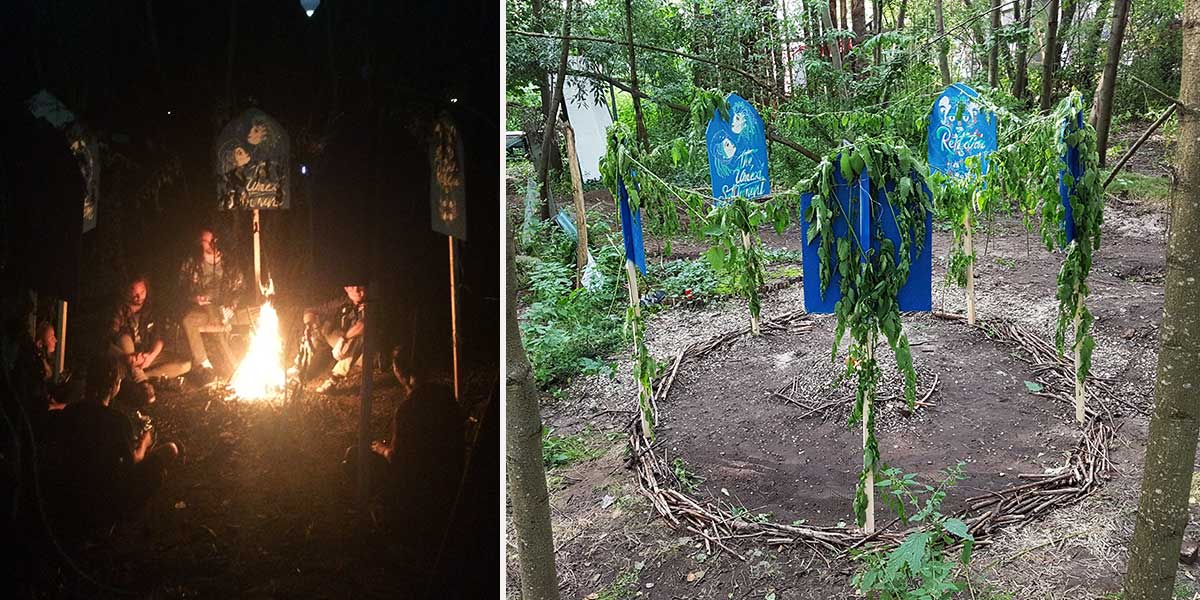 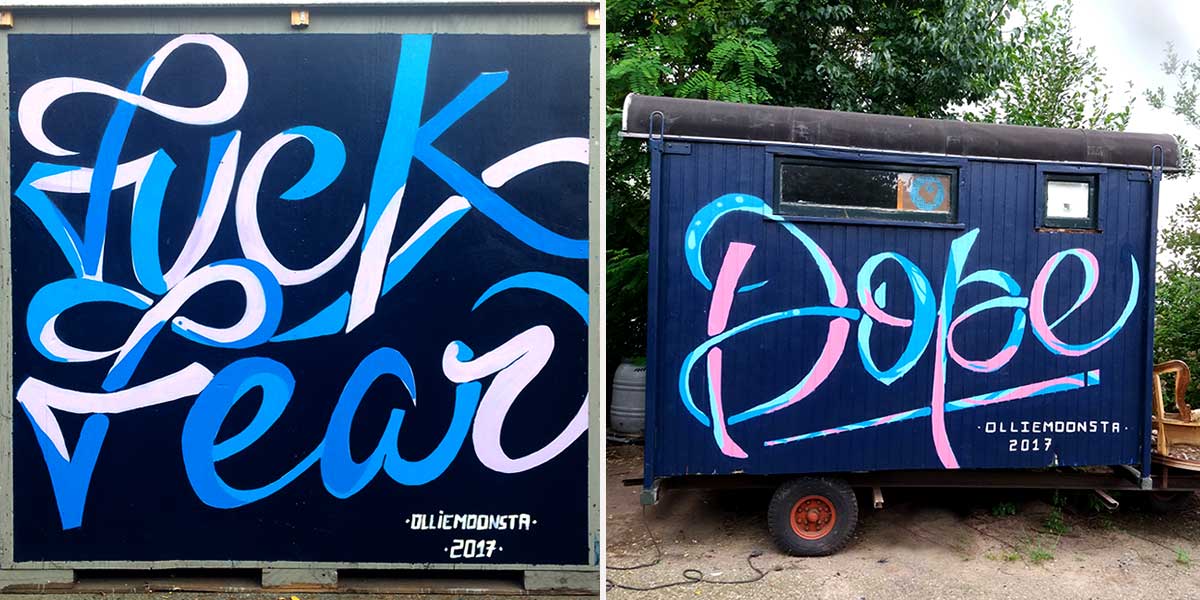 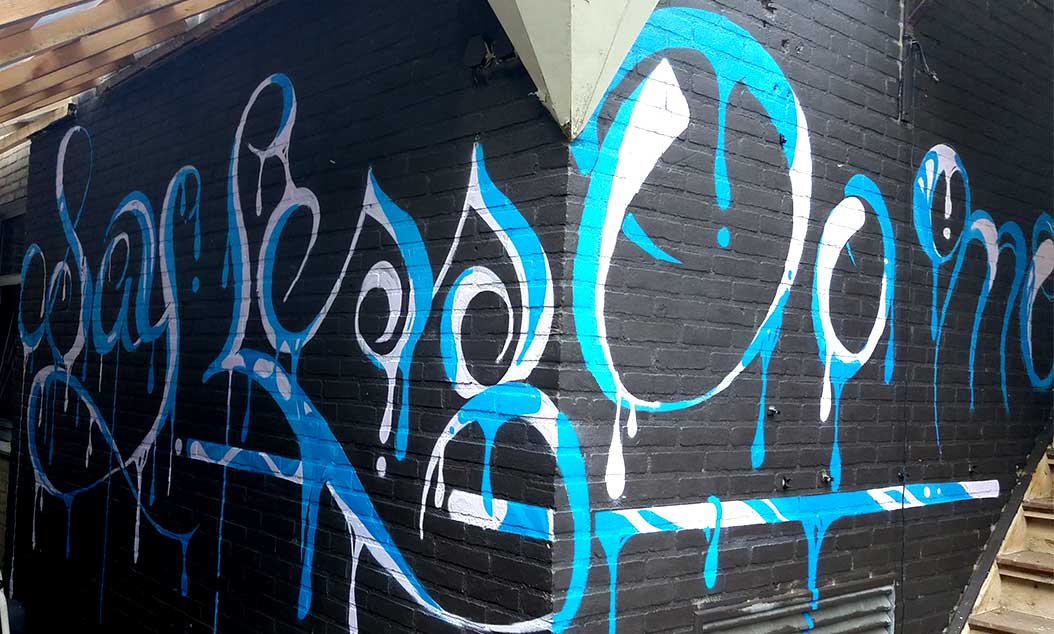 ART INSTALLATION: MYSTIC RAINFOREST
For our art installation, we made a previous research on the ancestral cultures that once inhabited the region of Overijssel. We got amazed of what we found: Dolmens, also called Hunebeds in Dutch. These Hunebeds were destroyed, but their sites have been found thanks to the remains of granite and gravel in the hillside. Other 53 dolmens were also found in the nearby regions of Drenthe and Groningen.

It is not known with certainty what was the exact function of these dolmens, but they could be related to the burial of the dead due to some remains found. What kind of rituals were celebrated around them? Inspired by the research, we started working on it.

Five panels of acrylic on wood were painted and exhibited around a fire in the forest creating a place of power. At night, visitors were drawn to the fire and started to sit around the art installation. Spectators said things like: “it’s magical, the perfect place to join our friends and talk while we are observing the flames of a big bonfire”.

MURALS
As part of the Collaboratorium week, we also painted two murals, one of them was made as a live-painting performance during the festival.

Posted in: Art, illustration, Mural
Do NOT follow this link or you will be banned from the site!